In the latter part of the Mutharika administration, Malawi was plagued by increasingly frequent fuel shortages. Joyce Banda’s decision to devalue the currency (and allow fuel prices to rise) solved that problem. Until this week. This was the view from my project minibus tonight: 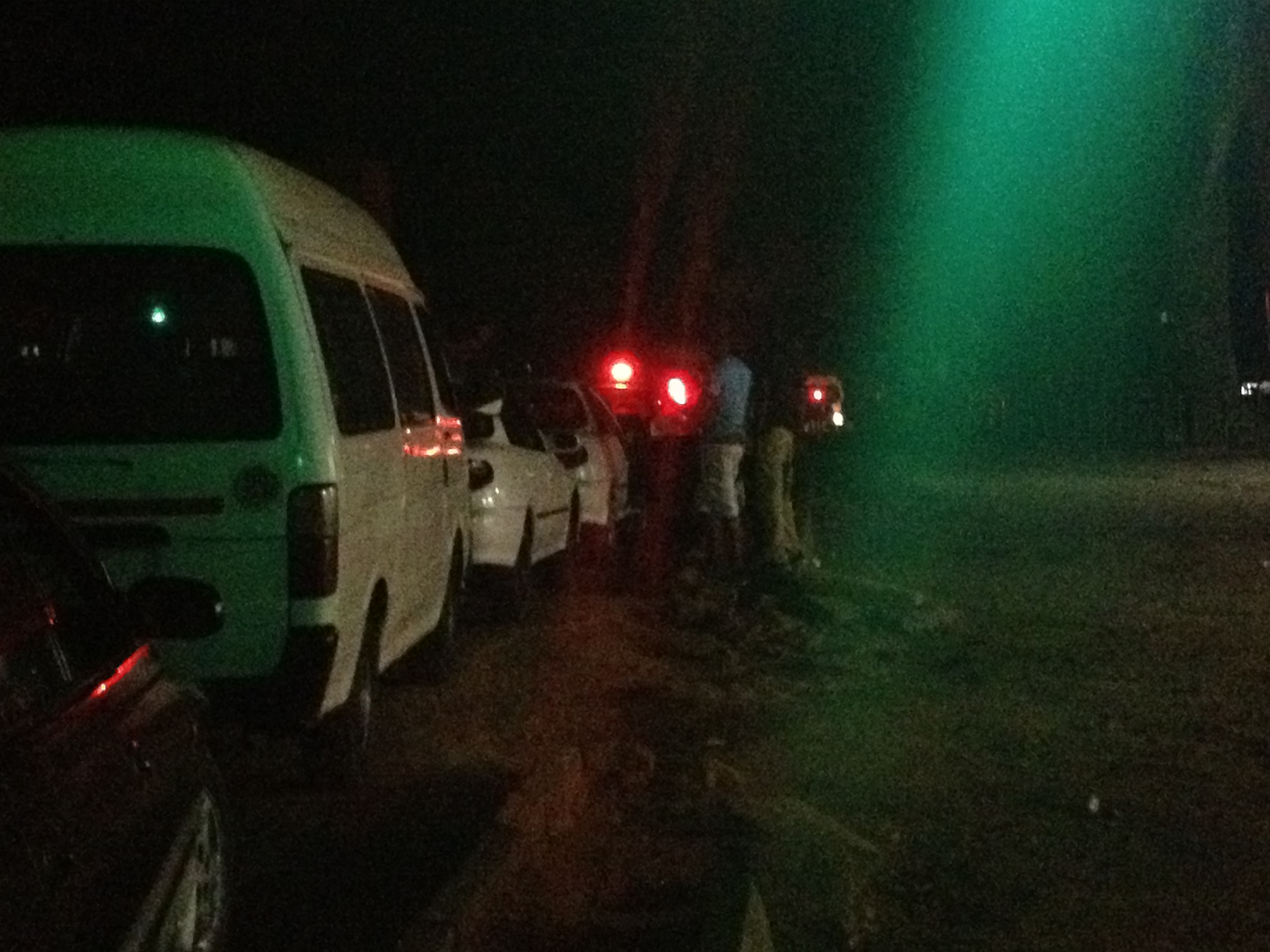 I was waiting in Zomba in a queue that went along M3 from the Engen station all the way to the robot (which, and I am not making this up, is the local term for the stoplight) and down to the taxi stand. Not the longest fuel queue I’ve ever seen, but it had the feel of summer 2011. So did the actual pumping of fuel: they refused to sell me more than 5000 Kwacha worth (about twenty bucks), and tons of people were filling jerrycans. Based on some people I’ve talked to, I have reason to believe this renewed fuel crisis will be resolved shortly, but for now it’s pretty terrible. It can’t be good for Banda, either – a lot of her popularity derived from her resolution of the fuel and foreign exchange crises that beset the country prior to her inauguration. Even before this, I was increasingly hearing nostalgia for Bingu wa Mutharika, which seemed inconceivable just a few months ago. If fuel remains in short supply that sentiment will only grow.