Being out in the field has limited my access to newspapers, which is particularly unfortunate in Malawi, where a lot of information still flows through the print media rather than online. I’ve argued previously that Malawi’s newspapers are quite good in many ways: they are concise and seem to me to put more emphasis on  But all media has trouble interfacing with foreign cultures – indeed, America’s usually doesn’t even try, focusing instead on the exciting, violent story of the week – and Malawi’s is no exception. American culture can be particularly baffling, especially our weird sports. I spotted the following gem in the “kids activity section” of last weekend’s edition of The Nation: 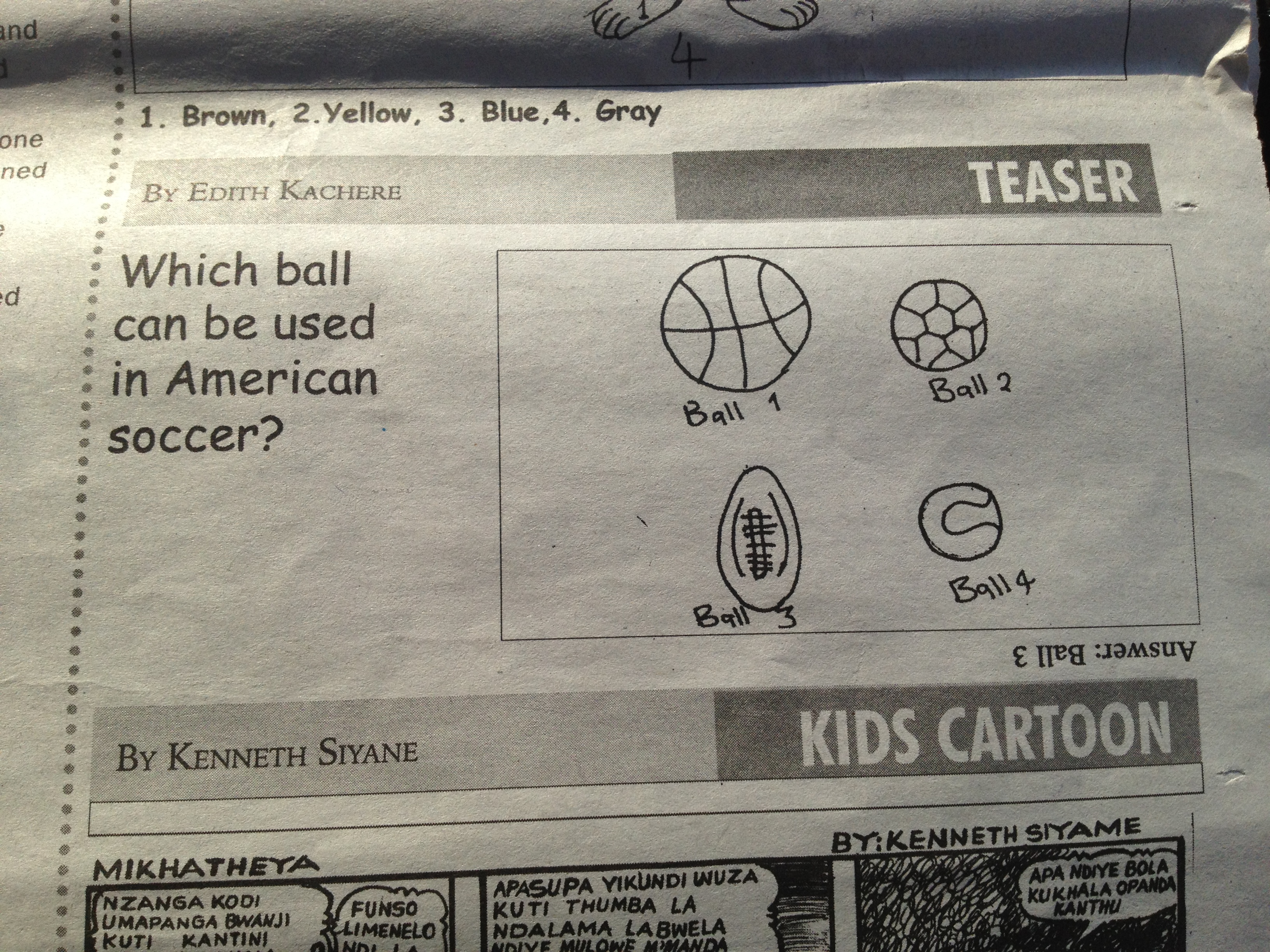 Which ball is used in American soccer? A soccer ball, of course. The listed answer, number 3, is used in American (a.k.a. gridiron) football, which no one calls soccer. The confusion here is that the author is aware we have our own crazy sport we call “football”, and so, he presumes, we must also call it soccer since that’s another word for football.

The following article is even better, though – tons of Malawians wear second-hand American clothes, and I often wonder if they know what the logos mean. The answer is generally no, but the author of this op-ed takes hypothesizing about the origins of a shirt to an extreme. He spotted a man wearing a “VOTE FOR PEDRO” t-shirt, which became popular in reference to a shirt worn by the title character of Napoleon Dynamite to support his friend’s student government bid. 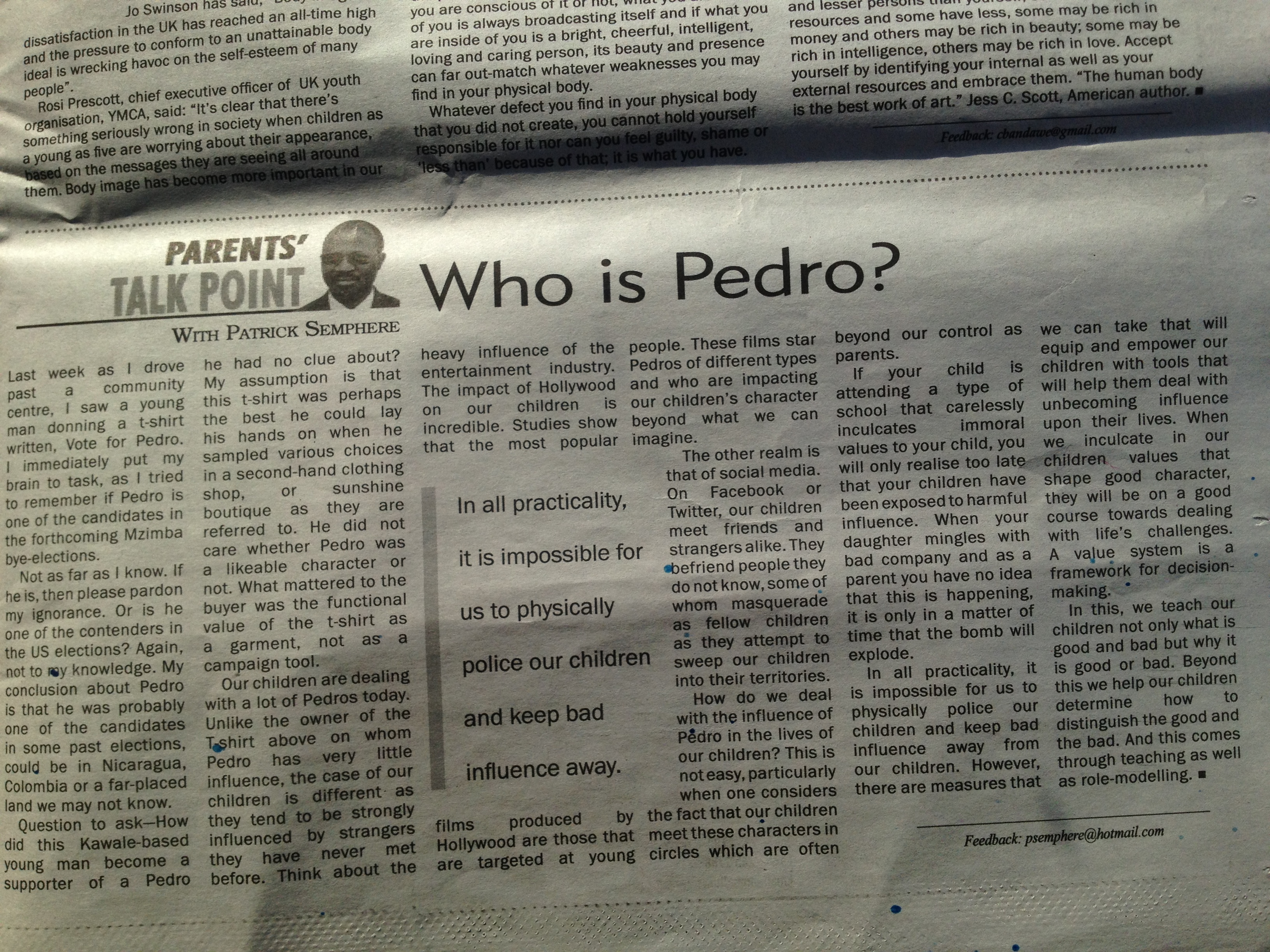 Semphere supposes that Pedro is a Latin American politician, and uses the anecdote to launch into a discussion of the effects of media on youth, and from there into being a good influence on your child. I’m still holding out the possibility that this is a tongue-in-cheek joke – he does discuss movies for a while – but honestly it’s pretty hilarious either way. On the one hand, Americans are similarly clueless about other cultures (cf. the plethora of half-understood Chinese character tattoos), but on the other, doesn’t The Nation have internet access? How about a Google search?